Worcestershire county council and west midlands combined authority (formerly centro) jointly funded a new railway interchange in bromsgrove to replace the existing station. This was carried out in partnership with the department for transport, network rail and london midland.

Bromsgrove is a town in Worcestershire south west of Birmingham City Centre with a population of around 29,000 people. The original station opened in 1840, as part of the Birmingham and Gloucester Railways. Following remodelling work, the station operated with only one platform between 1969 and 1990, before a second platform was constructed. Rail services from Bromsgrove provide direct links to Birmingham New Street station, as well as to Worcester and Hereford. Over the last decade rapid population growth in Bromsgrove resulted in a significant increase of passengers and users of Bromsgrove station.

The increase in passengers using the station and the aspiration to introduce more frequent rail services and new services focused attention on the need to address these issues. Along with the constraint created by two short platforms, and an aged signalling system, the old station offered poor facilities. There was no step-free access between the platforms, no ticket office and limited sheltered waiting facilities on the platforms and outside for interchange with buses. The station presented an unappealing image of Bromsgrove, which was making people less likely to visit the area, invest in the area and therefore contribute to the local economy. 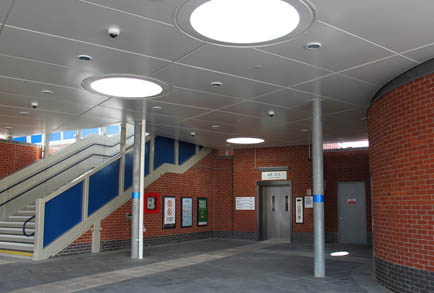 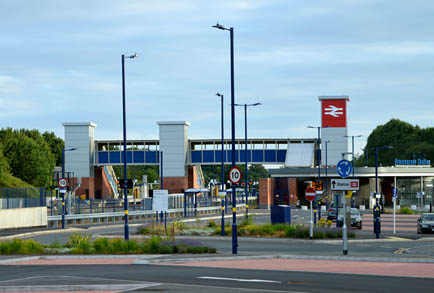 A new station was planned and built just 500 yards from the old station. The new station provides four platforms, which can accommodate six-car trains and could be extended for nine-car trains in the future if required. Step-free access has been provided by a covered footbridge with lifts to allow crossing between the platforms. Improved passenger facilities including ticket offices, undercover secure cycle storage, motor cycle parking, covered bus stops, electric car parking and charging points were all provided.

With a proven track record of carrying out similar successful projects at railway stations around the UK, Kemada’s broad range of specialist and diverse skills enabled us to take on this prestigious multi-disciplinary project, delivering on time sophisticated solutions.

The scheme was delivered successfully, and a full train service started on the 12th July 2016. Public feedback was overwhelmingly positive.